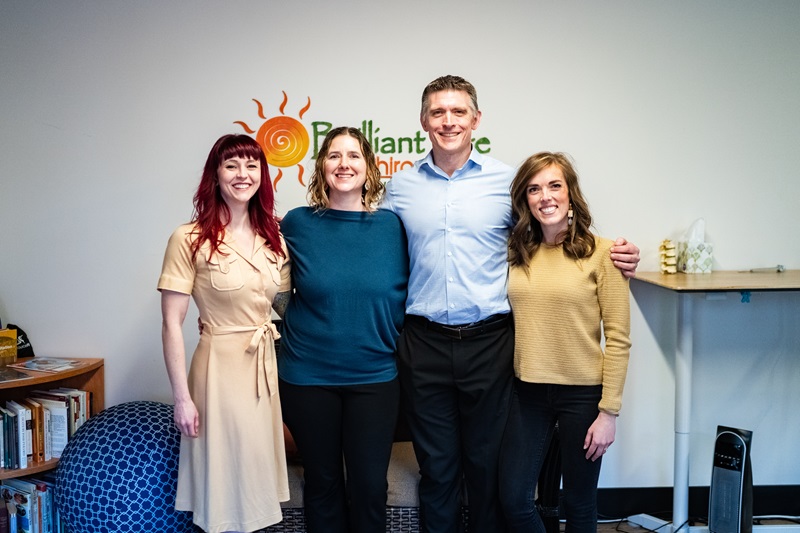 Our mission at Brilliant Life Chiropractic is to empower our community to realize the incredible healing potential within them. We serve our community through gentle and specific Chiropractic care, education, and motivation to become their best self. We work with people of all ages and conditions to facilitate helping them to live Brilliant Lives. 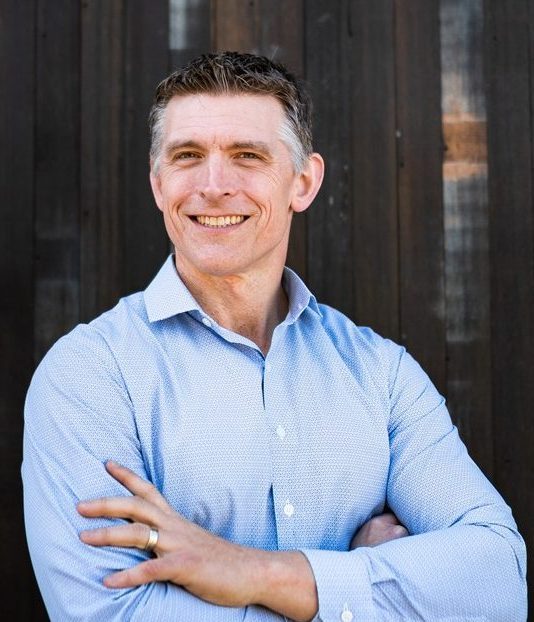 Growing up in Livermore, CA, Dr. Paul had no idea he would be pursuing a career in health and wellness. Since he was five years old, asthma, growing pains, and recurrent ear infections had him believing...

Growing up in Livermore, CA, Dr. Paul had no idea he would be pursuing a career in health and wellness. Since he was five years old, asthma, growing pains, and recurrent ear infections had him believing that he was a sickly child and was lucky to have been born in an era of medical technology and pharmaceuticals! With enough ibuprofen for his pain and albuterol for his asthma, Paul continued to work hard, playing soccer, baseball, a bit of basketball (which I did not enjoy) until finally getting into Kenpo Karate, a martial art, at 15.

This discovery spurred his desire to be fit. When he took his purple belt test, which was the second belt in that style, he was 16 years old, and almost 240 lbs, little of which was muscle. The test was awful, except that he passed. Covered in sweat and completely out of breath, Dr. Paul decided he had to do something different for the next test, and so he did. He started running, up to three and a half miles each day, and picked up weight lifting. Six months later, when he took his blue belt test, which was half again as long, and more strenuous, he passed with flying colors, barely winded. He decided he liked fitness, and he has never stopped exercising.

He kept training in Kenpo, eventually earning his second-degree black belt in 2002, after graduating from University of California at Santa Barbara with a Bachelor of Science Degree in Physiology. He had gained not only a freshman fifteen, but another fifteen for each year in school, topping out around 257 lbs. Upon graduation, Dr. Paul discovered that there wasn’t much one could do with a BS in Physiology except for more school, and he didn’t want to do that. So, he became a personal trainer with a popular chain of fitness centers. (Hint: they were open 24 hours a day)

Putting himself through their program, he lost 45 lbs in 3 months, and became the most popular and successful trainer during his 2.5 years at that center. Eventually, they hired a fitness manager who had a managerial style that rubbed Paul the wrong way, so he started looking into other avenues. His Chiropractor suggested he might want to try Chiropractic.

Wait, back up. Chiropractor? Yes, that’s right, Dr. Paul had been getting adjusted by a Chiropractor since he was 14 years old, when his back went into spasm so bad he could barely breathe. He continued seeing one throughout college and it helped him overcome his pains and his dependence on Ibuprofen. It also lessened his asthma to the point where, with the aid of meditation and a slight change in diet, he was able to heavily reduce his need for asthma medication.

Chiropractic, huh? After a bit of research, he realized that the philosophy of Chiropractic strongly matched his own belief about health and healing, and so he decided to give it a try. 3 years later, he was a Doctor of Chiropractic (D.C.) and had found his mission. He and Dr. Laelle met while in Chiropractic school, and on her suggestion that they live close to her family, they moved up to Tacoma, WA to start their family and their practice.

Brilliant Life Chiropractic was born with the mission to empower and inspire their community on how to live a Brilliant Life. It remains their mission. Despite his inauspicious beginnings with health, Dr. Paul is now in robust health, displaying the vitality he believes everyone can achieve.

Since then, Dr. Paul has discovered CrossFit and functional fitness, and has refined his nutrition along the Paleo and Primal principles that he teaches in the office. He is eager to share anything and everything from his journey in health and healing with anyone. Please ask him anything. He has undergone the Primal Nutrition Certification to be a health coach and continues to refine his knowledge and skill set to this day. He is interested in all aspects of health, from the physical to the spiritual, from the inside to the outside.

His Chiropractic technique utilizes the BGI framework, and he adjusts using a mixture of force applications, from light touch to structural, working with babies, adults, elderly, pregnant women, and anyone with a spine. He is currently undergoing a 2-year long certification program with the ICPA in order to more effectively address Family Wellness needs for his community.

(He also writes books! You can find them on Amazon if you search for his author name, Paul W. Martin, or the name of the series, Adepts and Demons.)

Laelle Martin is a Family Wellness Chiropractor who enjoys working with babies and children, pregnant moms, families, and individuals at every stage of their life journey. She has two children of her...

Laelle Martin is a Family Wellness Chiropractor who enjoys working with babies and children, pregnant moms, families, and individuals at every stage of their life journey. She has two children of her own and served as the Leader of the Holistic Moms Network Tacoma Chapter for over 7 years and currently leads a Pathways Connect gathering group that meets monthly for families to share their experinces and learn more about the family wellness lifestyle and various conscious living and parenting choices.

With almost 20 years combined education and experience in the health and wellness field, Dr. Laelle is extremely knowledgeable about holistic health and is passionate about continuing to learn and grow and sharing her knowledge with others. She has specialized training and experience in the Webster Technique, designed to balance the joints, muscles and ligaments of the pelvis to help support a more comfortable pregnancy experience and safer, easier birth process. Dr. Laelle also has extensive training in the BGI (https://brilliantlifechiropractic.com/bio-geometric-integration/) model of Chiropractic, utilizing a combination of light touch and gentle adjustments to care for people of all ages who are dealing with aches and pains, recovering from an injury, or looking to increase their overall health and wellness.

Dr. Laelle is passionate and loves sharing with others about the value of biohacking, Paleo/whole food/traditional nutrition, natural birth, breastfeeding and attachment parenting principles, green living and holistic health and wellness. She enjoys yoga and breathwork, hiking, playing tennis, reading and spending time with her family. 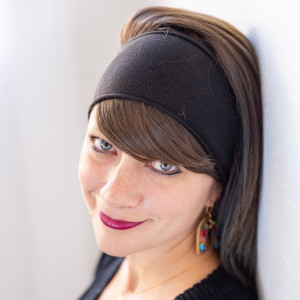 Erin Chamberlin is a local massage therapist in Tacoma. She has always been drawn to the healing arts, and after three years of honing her skills, she finds more about this beautiful art to fall in love...

Erin Chamberlin is a local massage therapist in Tacoma. She has always been drawn to the healing arts, and after three years of honing her skills, she finds more about this beautiful art to fall in love with everyday. It is a joy for her to be a part of someone’s healing experience.

Massage is a tool that can help release the pain and the emotions stored in the muscles. Physical and mental healing starts from the inside. She loves using her skill set to help you do the hard work of healing, and so that you can live your best life.

Erin looks forward to working and learning from you all! 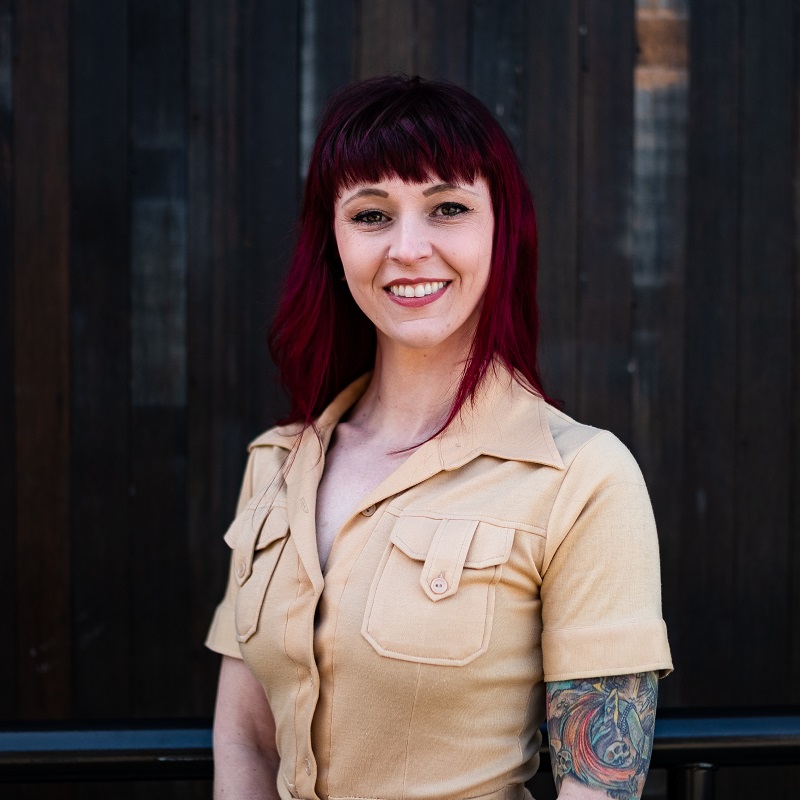 Nicole grew up in the little town of Auburn, California where she learned the art of dance. She worked for Carnival Cruise Lines as a showgirl which piqued her interest in traveling the world (she is currently...

Nicole grew up in the little town of Auburn, California where she learned the art of dance. She worked for Carnival Cruise Lines as a showgirl which piqued her interest in traveling the world (she is currently piecing away at that each year). After her contract ended, she decided that the lifestyle of a showgirl was much too much for her and she chose the holistic life. Nicole established herself in a Naturopathic clinic and became a Naturopathic assistant and Phlebotomist. Her love for the outdoors and adventure brought her to Washington and her love to help heal brought her to us here at Brilliant Life Chiropractic! You will see her smiling face as you walk in Monday through Wednesday, and she will do her best to help you with all of your billing needs. When she is not in the office she is running her own business Forget-Me-Not which takes a holistic approach to end of life planning or you may find her out on a hike, hitting the slopes, or exploring this beautiful state. 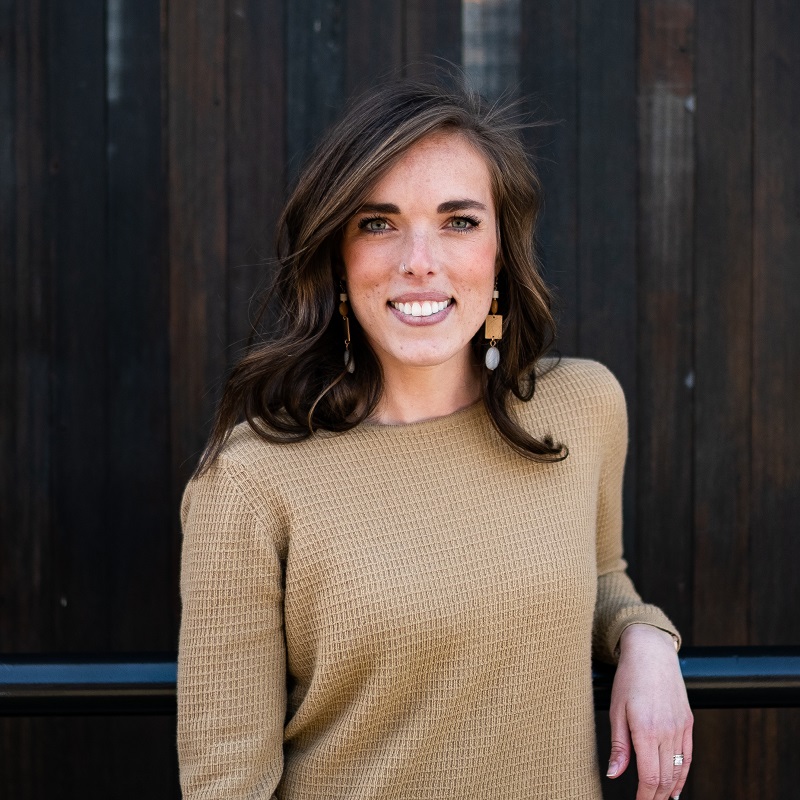 Ally was born in Louisiana and grew up as an Army Brat. After living all over the United States she now calls Virginia her home. She married her high school sweetheart and became an Air Force wife in 2014....

Ally was born in Louisiana and grew up as an Army Brat. After living all over the United States she now calls Virginia her home. She married her high school sweetheart and became an Air Force wife in 2014. Before coming to the PNW area with her husband and two rescue fur babies, she lived in South Georgia where she worked for a pediatric dental office. She has always been passionate about families and health. When she is not working at BLC, you will be able to find Ally doing all things outdoors from the coast to the mountains. She loves meeting new people and can’t wait to say, “Hello!”